The principals of Classic Homes have been building single-family homes and townhomes since 1983. They’ve built over 1,200 homes and dozens of communities in the northern Virginia area, primarily in Prince William, Stafford, Fairfax, and Loudoun counties. In 2006, they opened offices in Maryland, serving Montgomery and Howard counties, and parts of Prince George’s, Frederick and Anne Arundel counties, where the company builds high-quality, custom and semi-custom homes on customer-owned land.

Since the Maryland-based company’s start up, the demand for a custom/semi-custom built home by Classic has become increasingly higher. With over 30 years of construction experience, the company is able to offer an unprecedented value to its customers, and this has shown in the company’s recent track record – the company’s growth increased by over 200% each year, and continued to do so even during the economic recession, when new home construction experienced a significant downfall.

In January 2011, SmartCEO Magazine named Classic Homes of Maryland one of the D.C. area’s fastest growing companies. Accolades included the company’s growth in both revenue and employees over a 3 year span. Classic’s start can be traced back to builders Mr. Dinesh Jain and Mr. Puri who now have a staff of over 25 people and three sister companies to assist with the company’s growing demands and clientele across the state.

In 2008, builder and co-founder Mr. Prem Puri, built and donated a new home in Poolesville, Maryland for Felicia Jackson, a single mother struggling to keep her family together following the death of her sister. Mr. Puri worked with the producers of the ABC series “Extreme Makeover Home Edition,” and donated materials worth $600,000 toward the construction of the new 4600 sq. ft. home for the Jacksons.

On May 8, 2009, The Affordable Housing Conference of Montgomery County honored Mr. Puri, with the “Builder of the Year” award when it convened its 18th annual conference in Bethesda, MD.  And in 2013, Mr. Puri was awarded the President’s Award from a local service-oriented sorority for his work and contributions to the community. 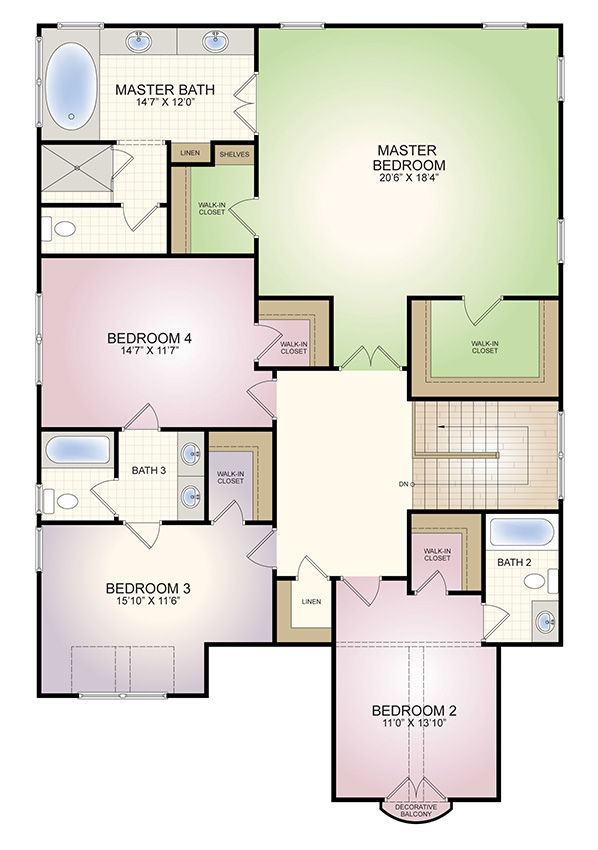 One of Classic Homes Craftsman Series models won an award for “Best Customized Home” in it’s class by the Homebuilder’s Association of Maryland. Homes are rated on “design, livability and value” when considered for this prestigious award.

The company’s subcontractors, vendors and suppliers have supported Classic Homes for over 20 years, as the company has acquired a reputation of honesty, trustworthiness, and reliability, one that is well-known in the real estate industry. Classic Homes consistently strives to adhere to these principals at all times, in every aspect of their work. That is one of the reasons why over 75% of the company’s sales come from referrals from satisfied homeowners.

The staff at Classic Homes truly takes pride in their work, whether it’s developing new designs, assisting new customers in making the best decisions when purchasing a new home, or guiding home owners through the construction process.

I would easily nominate Classic Homes as the number one builder in Maryland for their excellent quality and service.

We don’t have the words to express how satisfied we are with our new home.  This was the best decision we ever made.

The first thing my guests ask me when they see my home is “Oh my goodness!  Who built this beautiful home!” and that always makes me feel so proud and so good about my decision to go with Classic as a builder.  I think I should quit my day job and earn my money by just sending referrals to Classic!

I am unable to say what I liked best about building my home because I enjoyed everything.  I can only say that I hope the great relationships that I made at Classic will last as long as my new home.

If I had to pick my favorite part of the construction process (after settlement day of course) I would have to say that it was watching my home come up from the ground.  I still remember the day I saw the house in framing for the first time.  I couldn’t believe it had come up so fast!  It was not even 2 months and I was already walking my dream home with my husband and children.  That’s when I saw my dream becoming reality.  Thanks for everything, Classic Homes.

I would highly recommend Classic Homes to anyone thinking of building on their own land.  You’ll be in good hands with Classic.

The whole family has been so pleased with our new home.  We have lived in a new home before, but we remember the first year being a tough one.  In this home, we can honestly say we haven’t had a single complaint.  We have only positive things to say about our home.  We love every room!  And my favorite is still the Super Bath!

Thank you for informing me about the discontinued brick color that we had chosen months ago for our new home.  You could have simply switched the brick to a similar color (we would have never known) however you took the time and effort to call us, explain the situation, and even offer us several other possibilities.  My wife and I were grateful that you cared about us.

The staff at Classic Homes was extremely patient with me. There were times I called my super several times in a day and he was always friendly and accommodating. Once he even took my 9-year-old boy on a personalized instructional tour of our home explaining all kinds of fun things – my son was so thrilled! What I mean to say is that everyone went out of their way to make me feel like a special customer. That meant a lot to me.

We were very nervous about building our first home, having had zero experience in construction.  All we had was a vision, a dream.  The day we saw our finished home, we couldn’t believe that our dream had come true.  Everything was just so perfect and well beyond our expectations.

An enclave of three custom-quality Potomac homes set back along a private entry drive off South Glen Road.

Visit us in our new office space at "Sixty-One Sixteen" in North Bethesda.

Design the exact home of your dreams with award winning local architects in our Design Build program.

As one of the leading home builders in Maryland, Classic Homes takes pride in building custom homes of exceptional quality at very affordable prices, making custom building an option for everyone. If you are looking for a custom home builder in Maryland, then contact us today to attend a seminar or open house, or request more information. Privacy Policy